The Charity Day Sun 9th Oct was the eighth and final official  Society outing of 2016. 28 members and 1 visitor turned out. A superb day for golf with no wind and sun throughout. Carnalea was in first class condition barring the sand dressing on the greens.  A good selection of meal choices was had by those staying for food. The quality of the food and the service provided were excellent. Scoring was extremely high with 16 players scoring 35 or more. 8 were 39 or more!! 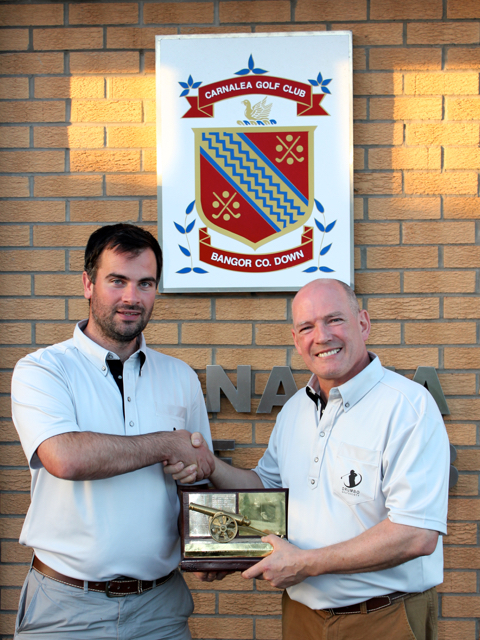 The winner seen here with the Captain Donal Campbell was Declan McGrady with an unreal score of 48pts. He had a putt on the last for 50pts!! Declan also won POY.

Runneer up was the DQ winner Paddy Carville with 44pts.

The low section was won by Richard Lewis with 42pts. 2nd was Kevin Coyle with 40pts.

The high section was won by William McIltaggart with 39pts on a BBN from Pat Doyle.