Sunday 23rd April was the second Society outing of 2017. We had 27 members turning out. The weather was again very kind to those playing and certainly didn't affect scoring ! We were very lucky to avoid the torrential rain after the end of the outing. The course was in excellent order as always but playing preferred lies through the green. The meal afterwards was first class and with a bonus of a dessert sponsored by the Society. With the good conditions the scoring was high with 17 players scoring 30 or more and 7 players 35 or more! 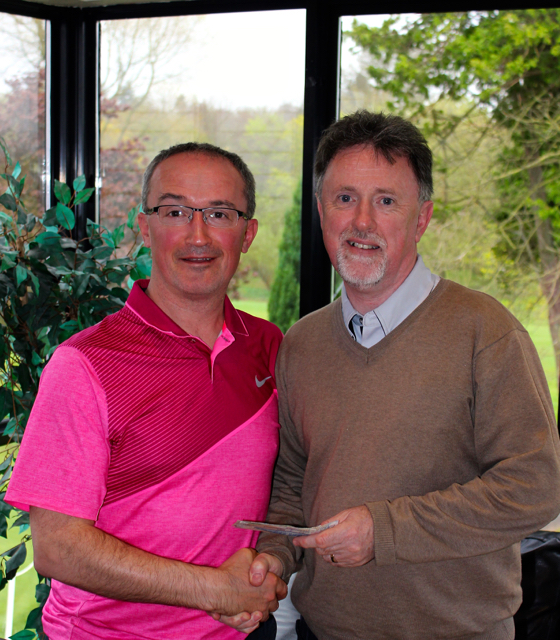 The winner of the outing, seen here with the Vice-Captain Pat Doyle, was John Quinn with a score of 45pts!!!   The runner up was Kevin Lavery with a score of 44pts and 3rd place was taken by Damian McCloskey with 39pts.